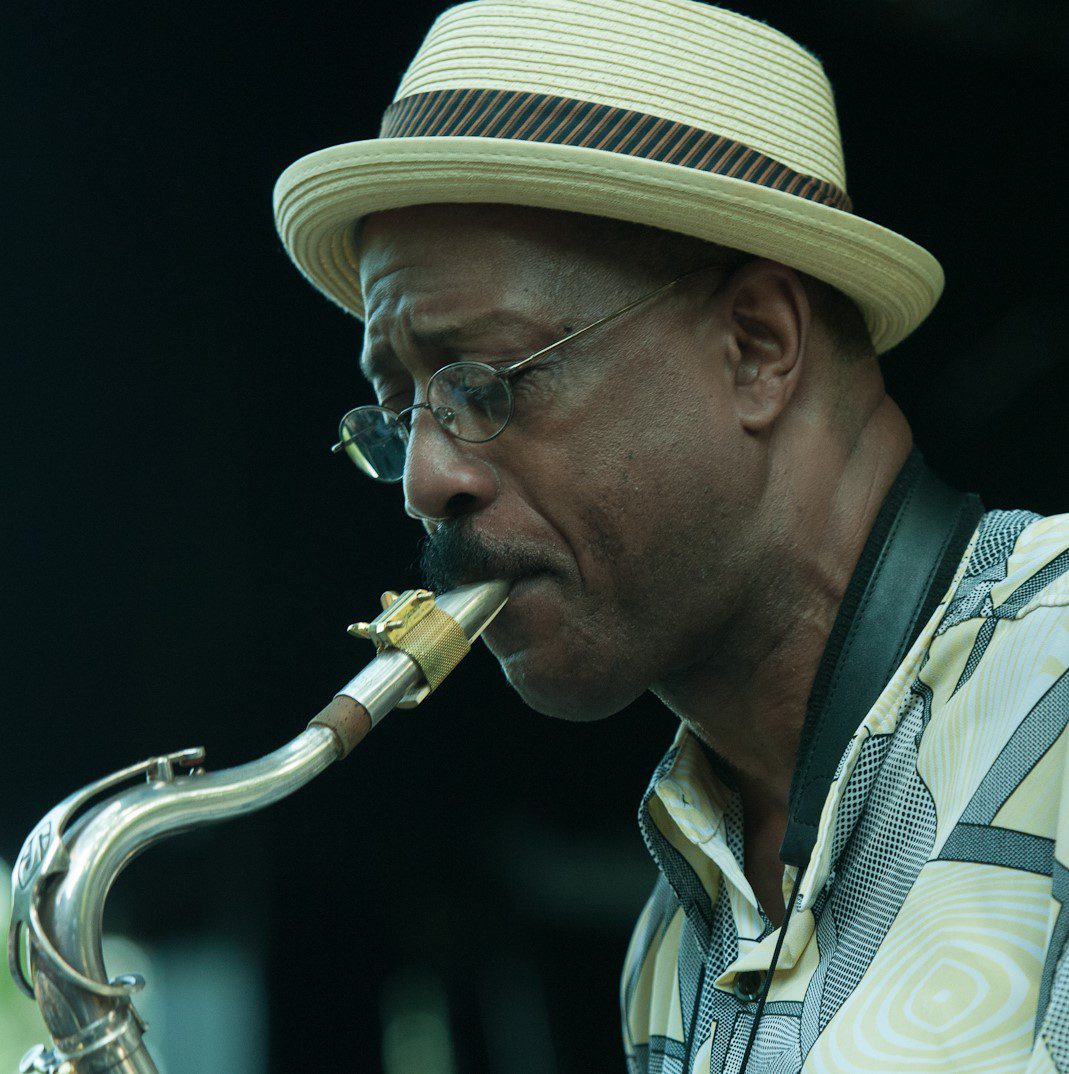 “If you like your jazz uptempo and overflowing with vitality, look no further. Patience Higgins is a cooking, muscular-toned tenorman somewhere between Coleman Hawkins and Sonny Rollins — a musician great enough to have toured with Ellington, David Murray and Stevie Wonder. He really shines with a big, speedy bebop tenor sound.” -ArtsWestchester.org

Patience Higgins, a native son of Greenville, South Carolina, is a multi-reed musician who plays all the saxophones, flutes, clarinets, oboe and English horn. His globetrotting career playing jazz, rhythm and blues, gospel, and rock and roll has taken him to every continent but Antarctica. In 2015, he joined Smokey Robinson, Queen Latifah, James Taylor, and Usher at the White House in concert for President and Mrs. Obama. In 2009, he performed in a private concert at New York City’s Gracie Mansion for Mayor Michael Bloomberg.

For the last twenty years, Higgins has been a member of the Duke Ellington Orchestra, first under the direction of Mercer Ellington and now Paul Ellington. His brilliant solos on alto saxophone and flute have made him an integral part of the T.S. Monk Sextet for over a decade.

In addition to playing in venues and festivals all around the world, Higgins has played in many other NYC venues, such as Smoke Jazz & Super Club, Minton’s, Jazz at Lincoln Center, Lenox Lounge, The Blue Note, Smalls Jazz Club, Birdland, and The Kitano.

When not on the stage or the road, Higgins mentors the next generation of performers privately and through Jazzmobile. He also teaches at New York Jazz Workshop. “I had mentors who stressed the importance of passing on the knowledge. It was very important to them, and it’s also very important to me.”

Doors at 6:30. Following our featured artist is an Open Mic hour.