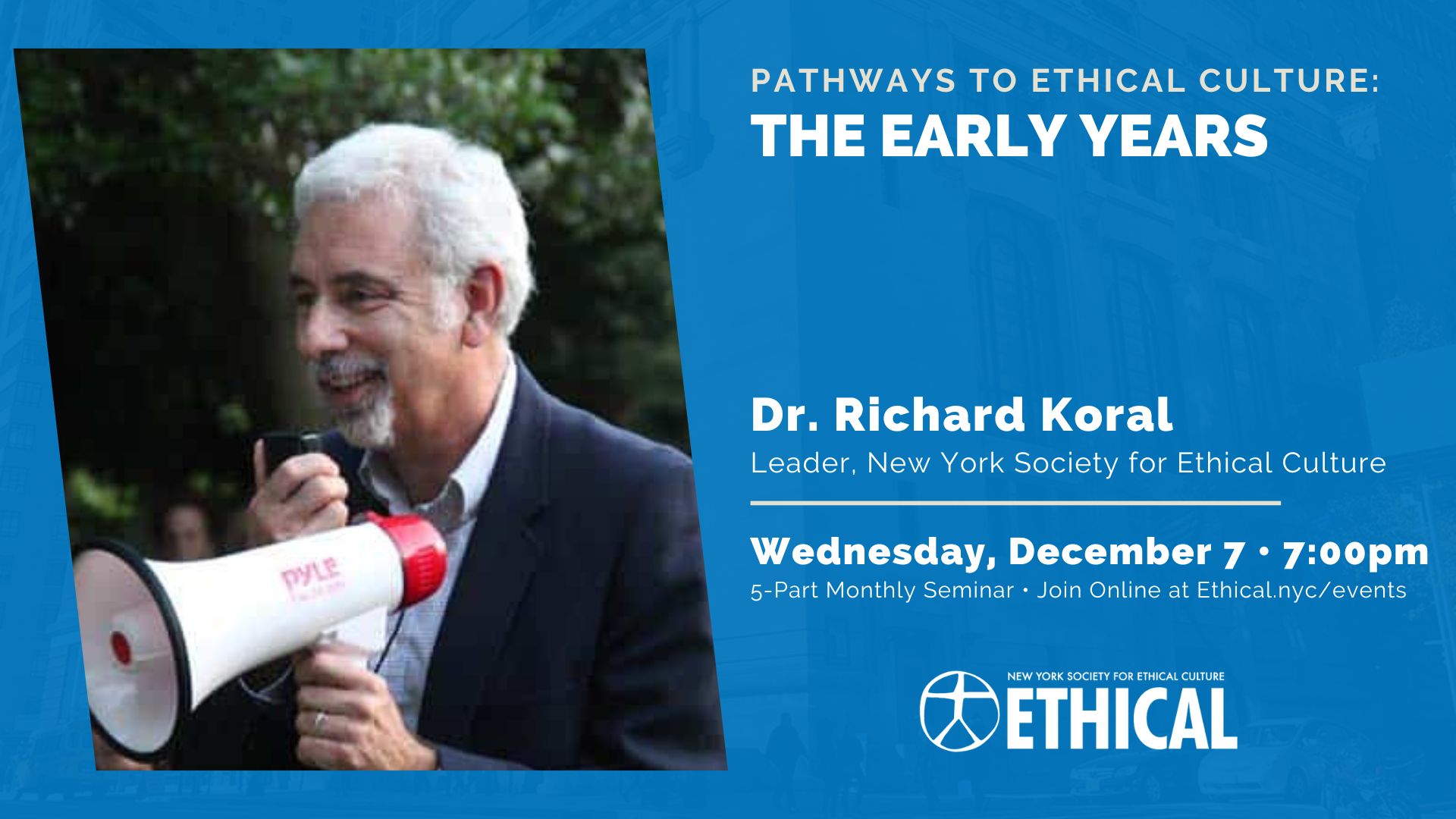 Ethical Culture is a humanist community that esteems ethics as its core precept, human worth and dignity as its central value, and community, sustainability and freedom as its principal goals.  Where did Ethical Culture come from?  What does it say to us today regarding the human condition? What is its unique contribution for our lives and our future?

Join us for a five part program to discover Ethical Culture including its philosophy, its history, and its meaning for personal growth and fulfillment.

Ethical Culture was founded by Felix Adler in the Reform Era in New York City.  We will survey the goals and accomplishments of its founding generation – which defined its mission and vision for the next century and a half. Discussion led and facilitated by Leader Richard Koral.

1st Wednesday of each month, November through March at 7:00 p.m. on Zoom.