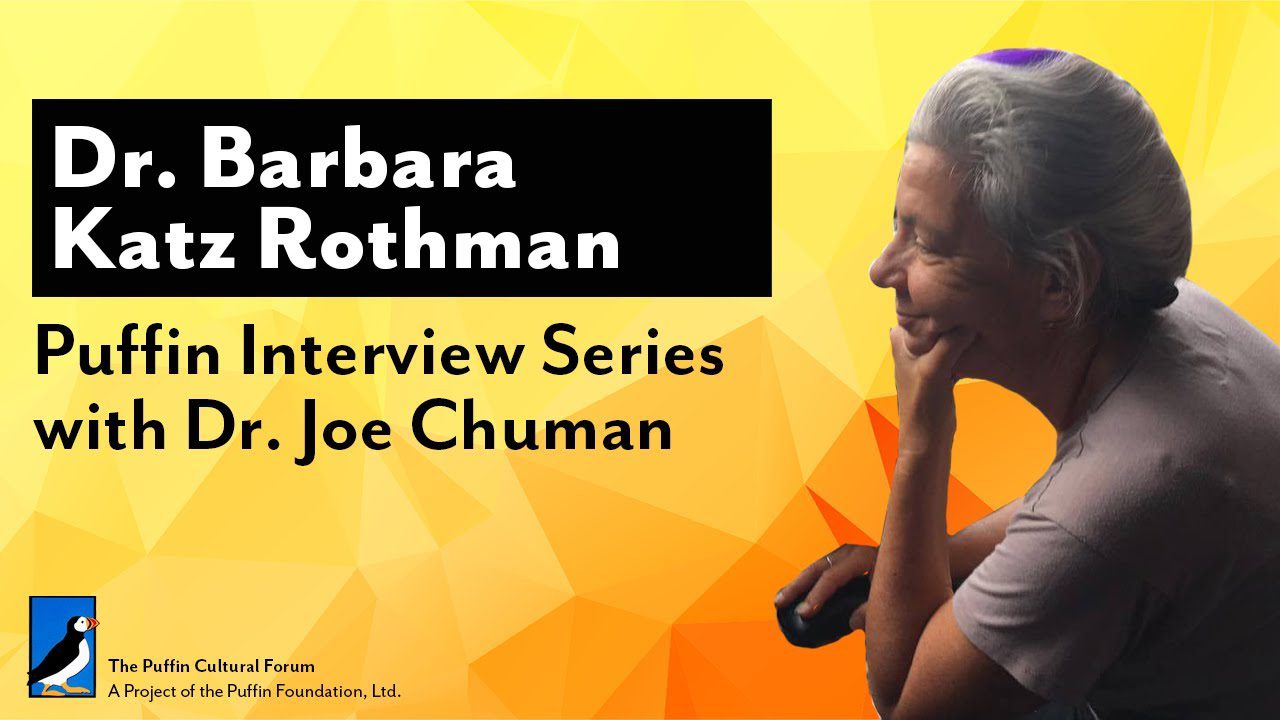 Our friends at the Puffin Cultural Forum have announced the Puffin Interview Series with our own Leader Dr. Joe Chuman!

On the first Sunday of every month Dr. Chuman will delve into and explore the work of renowned authors through meaningful dialogue in an intimate interview format, all streamed live on Youtube. There will be an opportunity for audiences to ask their own questions during a Q&A session.

About Dr. Barbara Katz Rothman and The Biomedical Empire

Just released by Stanford University Press, Dr. Barbara Katz Rothman’s Biomedical Empire: Lessons Learned from the Covid-19 Pandemic expounds on the dangers of the “medical industrial complex.” Dr. Katz Rothman shows that biomedicine has the key elements of an imperial power: economic leverage, the faith of its citizens, and governmental rule. She investigates the Western colonial underpinnings of the empire and its rapid intrusion into everyday life, focusing on the realms of birth and death. This provides her with a powerful vantage point from which to critically examine the current moment, when the COVID-19 pandemic has exposed the power structures of the empire in unprecedented ways while sparking the most visible resistance it has ever seen. Dr. Barbara Katz Rothman is a professor of Sociology at the City University of New York.