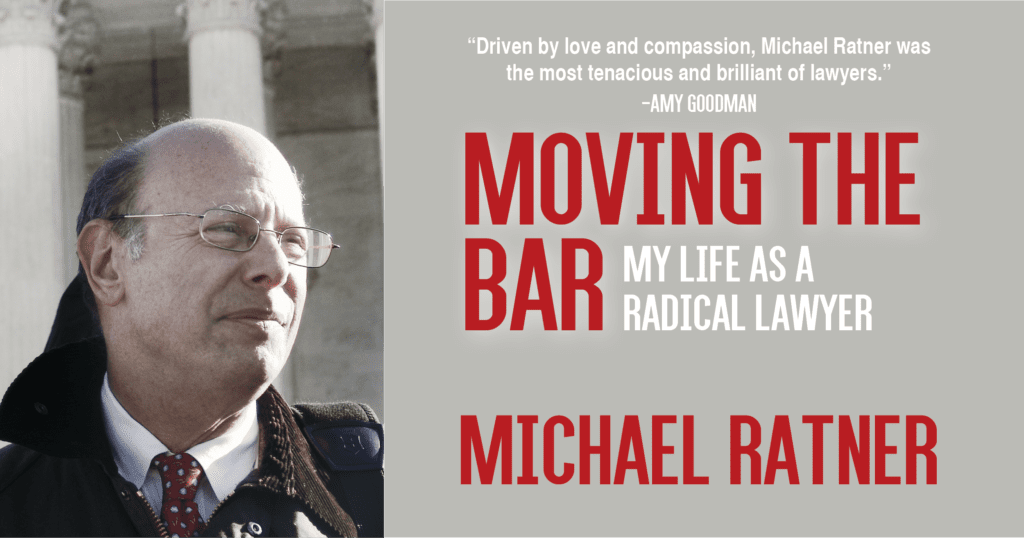 Our friends at the Puffin Cultural Forum have announced the Puffin Interview Series with our own Leader Dr. Joe Chuman!

On the first Sunday of every month Dr. Chuman will delve into and explore the work of renowned authors through meaningful dialogue in an intimate interview format, all streamed live on Youtube. There will be an opportunity for audiences to ask their own questions during a Q&A session.

About Moving the Bar: My Life as a Radical Lawyer by Michael Ratner

Michael Ratner (1943–2016) was one of America’s leading human rights lawyers. He worked for more than four decades at the Center for Constitutional Rights (CCR) becoming first the Director of Litigation and then the President of what Alexander Cockburn called “a small band of tigerish people.” He was also the President of the National Lawyers Guild. In 2007 he won the Puffin Prize for Creative Citizenship.

Ratner handled some of the most significant cases In American history. This book tells why and how he did it.

His last case, which he worked on until he died, was representing truth-telling whistleblower and now political prisoner Julian Assange, the editor of WikiLeaks.

Ratner “moved the bar” by organizing some 600 lawyers to successfully defend habeas corpus, that is, the ancient right of someone accused of a crime to have a lawyer and to be brought before a judge.

Zachary Sklar, edited “Moving the Bar” for OR Books, and Michael Smith, who wrote the book’s introduction.