Share and Learn: Arts, Hobbies, and Handiwork – ‘A Lifelong Hobby: The Craft of Cars and Model Boats’ (Online) 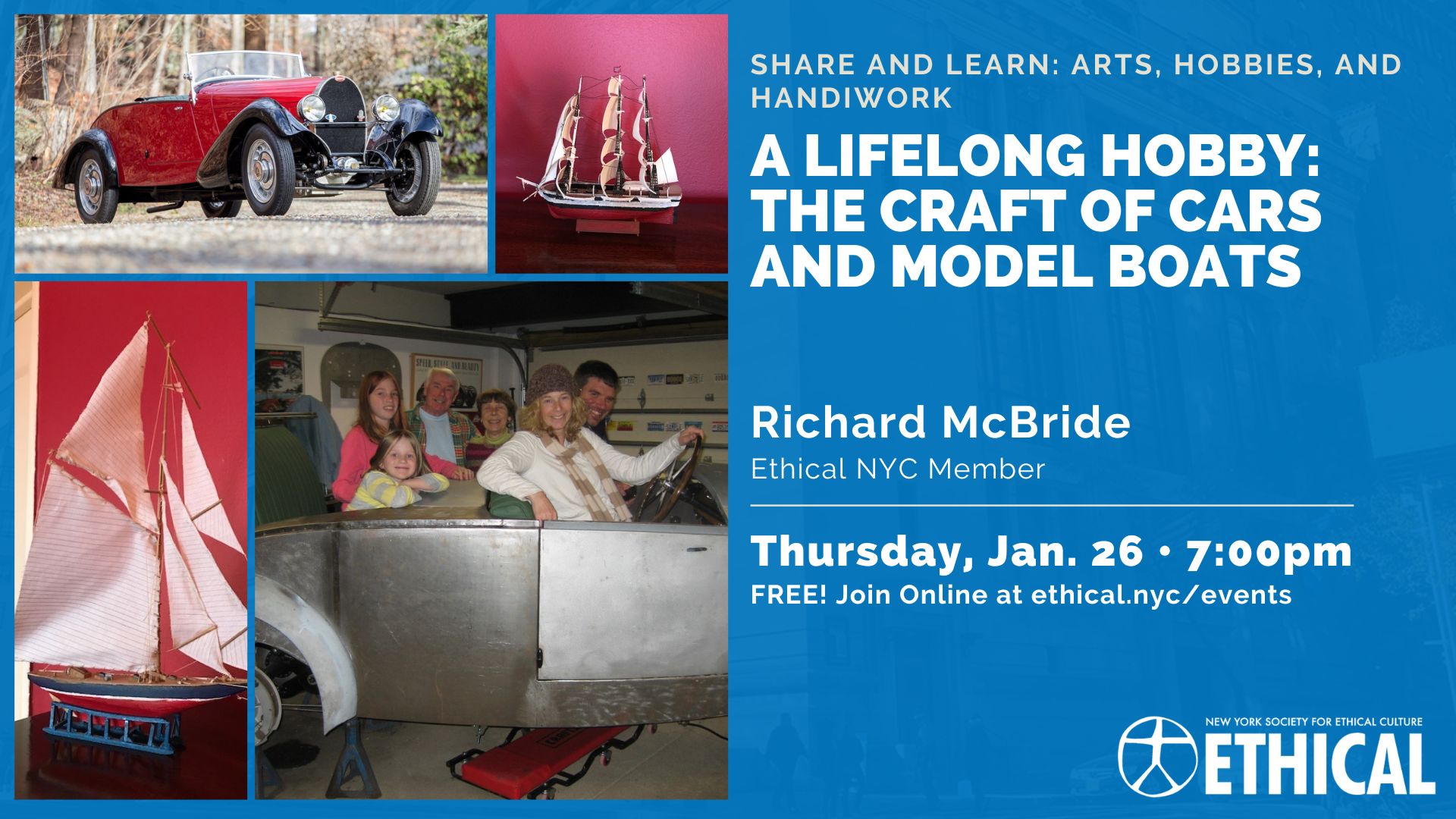 Join us to learn about a panoply of creative activities brought to you by members, friends, relatives, and neighbors. Two moderators will share the hour, presenting their pleasurable pastimes. There will be time for Q&A for each. Learn about and enjoy something new! 2nd and 4th Thursdays.

Richard McBride has always had an interest in foreign sports cars. As soon as he was 18 and able to get a license in NYC, he purchased a 1952  MGTD.  That began his love of cars and their sequential restoration — next, an Austin Healy and then, an Alpha Romeo.
In 1966, Richard and Ellen went to Europe, where they used a Volkswagen square back fitted with a device that allowed the  front seats to go flat and enable a bed which was used for the majority of the year abroad. On returning in 1967, Richard purchased a Lotus élan and began again to work on cars, restoring them in a rented garage. A Porche 914-6 followed and then a 1956 ACACE.  Richard’s restoration made the cover of the 2008 Greenwich Bonhams auction and won the award for Best limited production car and a record sale for Type 49.
Then it was a Jaguar XK 150 that he restored and sold.  Richard’s final car — a BUGATTI 1932 — made the cover of the Bonhams Greenwich sale Catalog in 2017.  In order to restore the Bugatti, Richard visited Mulhouse, France, home of the Bugatti company, where he obtained necessary information, examined Bugatti’s records and obtain diagrams. Our friends in France helped translate.Having moved to NYC and faced with the inside of an apartment and the pandemic, Richard turned to Model boats. The first were a small schooner and sail boat. Then he got into serious models and ordered from a European company — Disamodel. The first was the HMS Victory, a cut-away so that you can see the inside workings of the boat. Then came a big tug boat and now he is working on a British war ship. All the models are ordered from the same company though the manufacturers appear to be all over Europe.