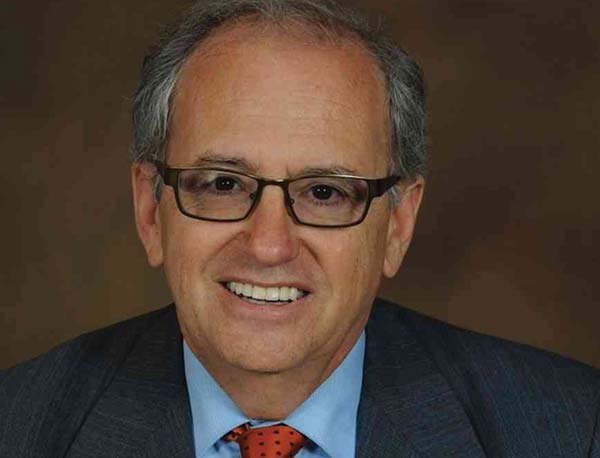 Following the death of my 34-year old son Matthew in 2015, after his ten year struggle with serious mental illness, my family and I created a foundation in his memory, and began to work on issues of serious mental illness to find ways to keep other families from suffering as we had, and other people with SMI from suffering as Matthew had. A core project of ours has been a documentary, The Definition of Insanity (watch online here!), the story of a remarkable judge in Miami-Dade County Florida, who has transformed the way the criminal justice system there has dealt with those with SMI, finding ways both to safe lives and save money—with lessons that are especially relevant in the times after George Floyd’s murder and the need for police and criminal justice reform. I will talk about our journey, the impetus to turn grief to purpose, and what we can learn from Miami-Dade.

Norman Ornstein is a resident scholar at the American Enterprise Institute. He is a contributing editor and writer for The Atlantic and has been an election eve analyst for CBS News and BBC News. He is also Chairman of the Board of the Campaign Legal Center. His family foundation, the Matthew Harris Ornstein Memorial Foundation, sponsors a summer debate institute for public school kids in the Washington area through the Washington Urban Debate League, and created and funded the documentary The Definition of Insanity, that was broadcast on PBS in April 2020 and tells the story of how a remarkable judge in Miami-Dade County, Florida, transformed the way its criminal justice system deals with those with serious mental illness, saving lives and saving money at the same time.

He served as a senior counselor to the Continuity of Government Commission and co-directed the AEI-Brookings Project on alternatives to the Independent Counsel Act. Mr. Ornstein led a working group of scholars and practitioners that helped shape the law, known as McCain-Feingold, which reformed the campaign financing system. He was elected as a fellow of the American Academy of Arts and Sciences in 2004. His many books include Intensive Care: How Congress Shapes Health Policy; The Broken Branch: How Congress Is Failing America and How to Get It Back on Track, with Tom Mann; and The New York Times bestseller, It’s Even Worse Than It Looks: How the American Constitutional System Collided With the New Politics of Extremism, also with Tom Mann (2012, named Book of the Year by Ezra Klein’s Wonkblog, one of the ten best books on politics in 2012 by The New Yorker, and one of the best books of 2012 by The Washington Post. An expanded edition, retitled It’s Even Worse Than It Was, was published in 2016. His latest book, with EJ Dionne and Tom Mann, One Nation After Trump: A Guide for the Perplexed, the Disillusioned, the Desperate and the Not-Yet-Deported (2017) was immediately on the New York Times and Washington Post bestseller lists. Ornstein has a BA from the University of Minnesota and an MA and PhD from the University of Michigan. He received an honorary Doctor of Laws degree from his alma mater in 2007. Ornstein was spotlighted as one of 2012’s 100 Top Global Thinkers by Foreign Policy Magazine.